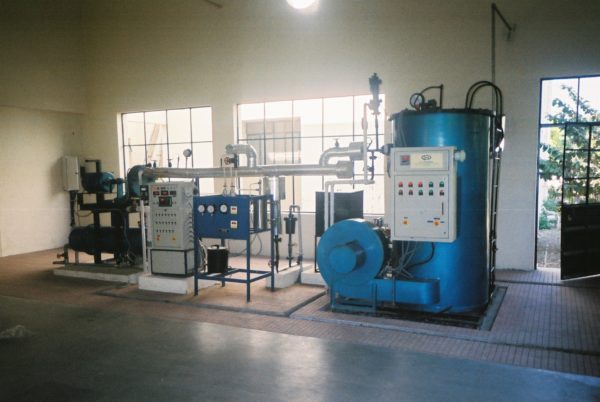 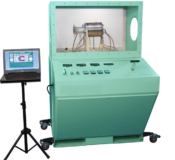 Sci-tech Mini Steam Turbine Power Plant Model BSG 022 is designed as a miniature modern day power plant for educational purpose. A pump supplies water from a feed tank to a small gas fired boiler. The saturated steam can be superheated by an e [...] 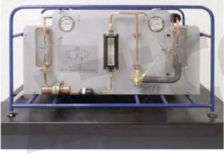 When energy increases in water, an increment of the activity between molecules is generated. This causes an increase of the number of molecules that escape from the surface, until the equilibrium state is reached. Such equilibrium state depend [...] 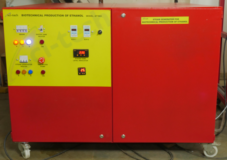 Sci-tech Laboratory Steam Generator Model BSG 019 has been designed to generate steam for laboratories in the teaching establishments to give students an appreciation of steam and its properties.

Sci-tech Steam Distillation Column Model BSG 018 consists of jacketed pressure vessel for distillation. Steam from a steam generator can either be allowed to enter in the outer jacket or in the vessel. The vapors form the top of the vessel are [...] 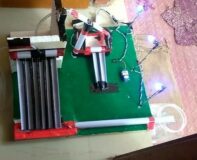 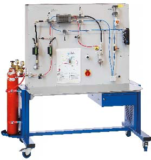 Fuel cells are energy converters that, unlike heat engines, convert chemical energy directly into electrical energy. Heat is generated as a by-product during this process. The main component of Sci-tech Fuel Cell System Model BSG 016 is a poly [...] 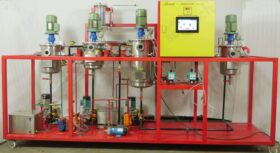 In a biogas plant, microorganisms biologically depredate the organic starting substances (substrate) under exclusion of light and oxygen. The product of this anaerobic degradation is a gas mixture, which primarily consists of methane. This gas [...] 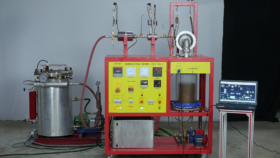 Sci-tech Rankine Cycle Steam Turbine Model BSG 012 is used to drive bulb loads or for heating system. Steam generators and steam consumers together form a steam power plant. Steam power plants work according to the Rankine cycle which is still [...] 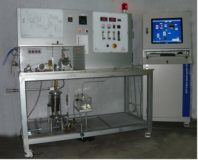 Sci-tech Mini Steam Power Plant Model BSG 011M1 is the smallest in our comprehensive range of Steam Power Products and has been designed to allow teaching establishments to give students an appreciation of steam and its properties, without the [...]