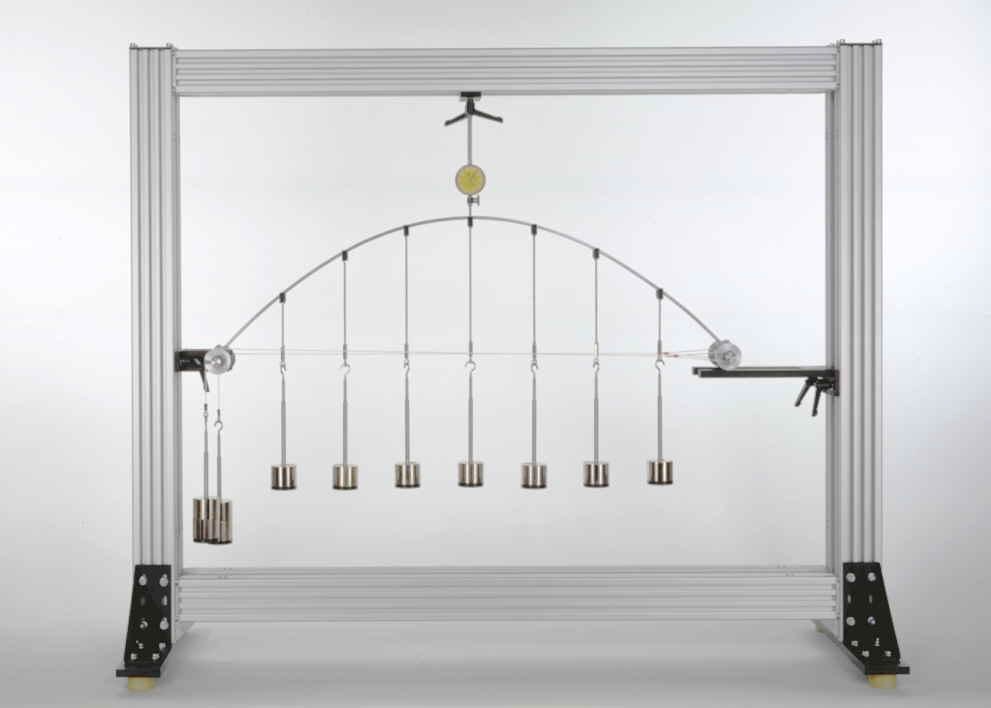 Parabolic arches are popular elements in construction engineering. They can be employed as bridges or beams for example. Normally these bridges are statically indeterminate. The special feature of the parabolic arch is that in the arch only normal forces and bending moments occur, but no shear forces.

That is the case when the arch is subjected to a uniform distributed load and both ends are mounted in fixed bearings. This enables arches to be constructed from loosely set stones – a construction technique which has been in existence for many centuries. Loads acting upon the inner of the arch are primarily compressive forces in the direction of the normal force at every point of the arch.

Sci-tech Parabolic Arch Model MT 046 includes a pre-shaped parabolic arch. It can be subjected to point or distributed loads.

[1] investigation of a parabolic arch, optionally statically determinate (1 fixed support, 1 movable
support) or indeterminate (2 fixed supports)
[2] loading of the arch with a distributed load by way of 7 evenly distributed weights or by point loads
[3] dial gauges record the deformation of the arch under load
[4] 4 sets of weights to compensate for the reactions of a fixed support
[5] storage system to house the components
[6] experimental set-up in frame 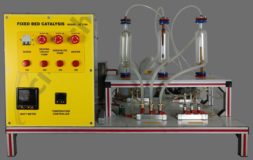 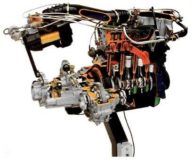 Sci-tech 4 Cylinder Petrol Engine with K-Jetronic Ignition Model AM 102 engine unit is carefully sectioned for training purpose, which shows every part and is complete with all its fittings.