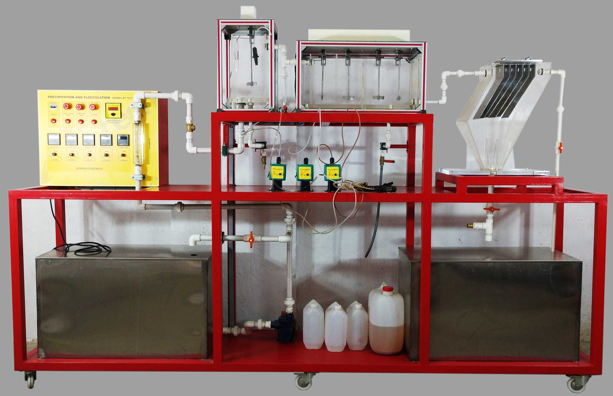 Demineralization is the process of removing mineral salts from Water by using the ion exchange process.
Demineralized Water is Water almost completely free of dissolved minerals as a result of one of the following processes :

Demineralization is the process of removing mineral salts from Water by using the ion exchange process.

Demineralized Water is Water almost completely free of dissolved minerals as a result of one of the following processes :

Demineralized Water also known as Deionized Water, Water that has had its mineral ions removed. Mineral ions such as cations of sodium, calcium, iron, copper, etc and anions such as chloride, sulphate, nitrate, etc are common ions present in Water. Deionization is a physical process which uses specially-manufactured ion exchange resins which provides ion exchange site for the replacement of the mineral salts in Water with Water forming H+ and OH- ions. Because the majority of Water impurities are dissolved salts, deionization produces a high purity Water that is generally similar to distilled Water, and this process is quick and without scale buildup. De-mineralization technology is the proven process for treatment of Water. A DM Water System produces mineral free Water by operating on the principles of ion exchange, Degasification, and polishing. Demineralized Water System finds wide application in the field of steam, power, process, and cooling.

Sci-tech Water Treatment Plant Model ENV 017 carries out water purification. Ion-exchange is a rapid and reversible process in which impurity ions present in the water are replaced by ions released by an ion-exchange resin. The impurity ions are taken up by the resin, which must be periodically regenerated to restore it to the original ionic form. (An ion is an atom or group of atoms with an electric charge. Positively-charged ions are called cations and are usually metals; negatively-charged ions are called anions and are usually non-metals).

The following ions are widely found in raw Waters:

For many laboratory and industrial applications, high-purity Water which is essentially free from ionic contaminants is required. Water of this quality can be produced by deionization. The two most common types of deionization are :

Electrodeionization Systems remove ions from aqueous streams, typically in conjunction with reverse osmosis (RO) and other purification devices. Our high-quality deionization modules continually produce ultrapure Water up to 18.2MW/cm. EDI may be run continuously or intermittently

The Water free from any mineral is called De- Mineralised Water (D.M.Water). Naturally occurring Water has various salts in dilute form which are called dissolved solids (TDS). When the Water having such mineral is required to be free from this, it is to be treated in Ion Exchange Resins column (H form) which adsorbs the positively charge ion. Now the cations free passed through Anion Resin Column (OH form) which adsorbs the negatively charged anions and Water free from the total ions shall comes out from the system. 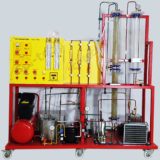 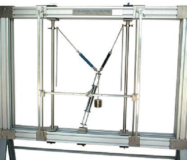 Sci-tech Tension Coefficient Apparatus Model MT 077 consists of a jib restrained by two chain ties making a triangulated three dimensional structure. The jib and both ties are fitted with spring balances so that the internal forces can be meas [...]